Will Our Soldiers Heal? 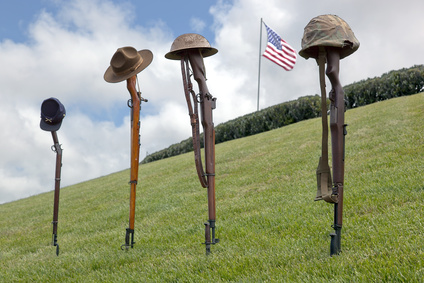 [vc_row][vc_column width=”1/1″][vc_column_text]Now that an incredible number of Iraqi war veterans are back home, how are we going to help them integrate back into society? I recently posted a link to a video on facebook stating the cold hard fact that there are more suicides in our veteran population than there were total combat deaths. Wow! You may want to read that again because it is really important…there were more suicides among recent war vets than all combat deaths. Obviously this is a problem of enormous scale! I won’t get too political here, but will stick to the facts and what I see as the solutions.

Okay, so the situation is as follows… 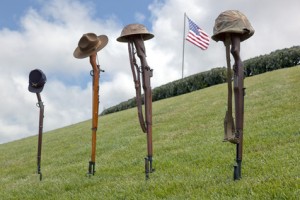 obless rate in October and black veterans of the same age had a rate of 48%. This is unbelievable isn’t it? This problem of course just compounds the other problems so many vets have coming back into civilian life with all they have seen and experienced. If you have been paying attention at all, you know that Post Traumatic Stress Disorder, or PTSD, is also at record highs among our soldiers. Even among those that did not see or directly experience a dangerous or near death situation, PTSD like symptoms and a battlefield mentality still dominate in the safe circumstances of everyday life of many soldiers. For instance, one of my acupuncture patients is a veteran and her husband just came back from Iraq last week. As he sat in the waiting room of my office I talked with him for a few minutes about the politics of war (his choice of conversation not mine). On the following visit, my patient told me that he did not like coming to my office because it has two doors and he had to sit with his back to one of them. This gave me insight into something that I hadn’t really ever thought about, which was that even if you have not experienced first hand violence in a wartime situation, you are still ready to experience it. Your nervous system has been changed so that you are primed and ready for any situation that may occur, because it very well may. It is a survival mechanism that the brain understands very well and restructures to meet the needs that it sees.

A relative of mine also came back from both Iraq and Afghanistan with back pain that had emotional ties to it. In a story that she shared she mentioned how the sounds of bombs all around were terrifying to the point of causing involuntary body movements and then inability to actually fall asleep and rest. She did not experience any direct combat either, but surely experienced the effects of all that was going on around her.

Having this conversation with my patient about her husband (who by the way didn’t seem uncomfortable at all in my waiting room) and with my relative, I realized that ALL veterans of the recent wars are very likely to have complicated or subtle trauma prints when coming back stateside. Trauma prints are the rewiring of neuro networks in the brain in order to “save one’s life” regardless if that trauma or threat is real or perceived. And once these neuro-pathways are “set” (think concrete) by these life changing experiences, they are likely permanent structural changes. The problem arises when these networks are inhibiting a persons happiness (PTSD for example).

I feel that our job is to give them as much love and understanding as humanly possible, and more when called for. We need to be better at welcoming them home and showing them that we are here if they need us. Don’t be fooled, the simple act of compassionate listening can do a lot, yet for many soldiers the wounds are just too deep. Regardless of whether or not you were for or against the war, our veterans need to be cared for, and quite frankly it just isn’t happening.

“Without a favorable internal climate, a person’s thinking is likely to drive them crazy… The right starting point for creative thinking and acting is who we divinely are, and a refusal to be anything other than that. I won’t be untrue to myself.” -David Karchere