What You Focus On Grows 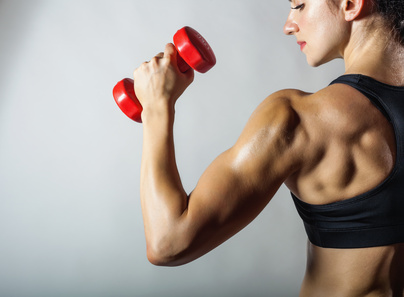 The whole idea that by simply focusing on something will actually bring more of it into your life may seem strange. However, if you play with the idea for a little while, you will quickly see what is meant by “What you focus on grows”. For an easy example, think about body builders. When they focus on building muscle, the muscles grow. Of course it takes more than just thinking about it and hoping that it will happen. When you focus on building muscle, it will probably lead you to research how to actually do it. You will probably be led to talk to people who have successfully built up their own bodies, you will likely research the topic on the internet and you may hire a personal trainer to direct you and speed up the process. Focusing doesn’t mean staring. Focusing doesn’t mean magically creating. Focusing means devoting significant amounts of time and energy to accomplish your goals.

Really, we are talking about manifesting what we want out of life (think: law of attraction), whether it be health, happiness, love, intelligence, money, fame, or combinations of different things. When we want something in life, we can acquire it. And as the old addage goes, don’t worry about the “how”, that will come.

When we focus on a health issue in the wrong way, it grows in the wrong way. What does that mean? Well, when you focus on your shoulder pain or your migraines using a language such as “why does this pain have to be so bad” or “why does it have to happen to me?” you actually play the role of a victim disallowing yourself the ability to gain control of the situation. Thinking of how bad the pain hurts and how much you hate it is not something that I recommend. Think about it this way, when you hate something that is part of you or your own body, you are hating a part of yourself. When you hate a part of yourself, you are trying to deny that piece of your Whole Being from love and attention. Stereotypically, men will “hate” a health issue or pain by ignoring it, and in general women will ignore it also but in a different way. Men ignore their symptoms by “being a man” about it and not complaining and not worrying about it. Women tend to ignore their symptoms by continuing to say “Yes” to people and situations they know they should say “NO” to, just not listening to their body when it says (or screams) “Slow Down”.

So, try this for your health complaint or pain…Think about the situation in a solution oriented way opposed to a problem oriented way. We are so used to looking at the problems of our world and we don’t have enough time or pay enough attention to creating solutions. The next time that you have a problem, first of all don’t deny it. Give it some credibility and let yourself believe if only for a moment that it is actually there for a reason and that it is actually NOT an accident. When you think about things in this way, you cross the bridge of being someone who is a victim into someone who is a Powerful Co-Creator of his/her reality! If you don’t think that this style of thought is for you or that it would really make a difference, try it out before dismissing it. I can tell you that living in a left brain dominated society has made us imbalanced and has led to us missing out on many experiences for ourselves. The right brain is the part of ourselves that is not linear and logical. Let it take up its role in our reality by starting to shift from problem oriented to solution oriented. I’m sure that you will be happy that you did. Leave your comments below to share how this approach has changed your circumstances.

How to Establish a Daily Rhythm

The 3-Part Formula to Reach Your Goals

Let Go of Stress – 3 Steps to Help the Process

What we eat affects what we think