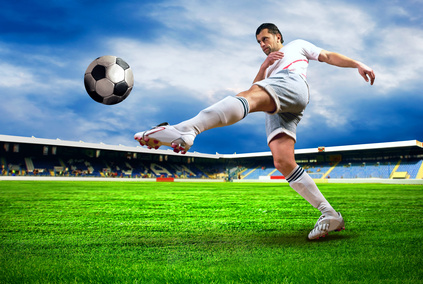 During Thursday’s match with England, Uruguay’s Álvaro Pereira was knocked out cold and then insisted on getting back in the game, later apologizing. “I said ‘sorry’ a thousand times to the doctor because I was dizzy.” He went on to say that because he was full of adrenaline he may have not made the most responsible decision. “What I really wanted to do was to help get the result [win the game].” 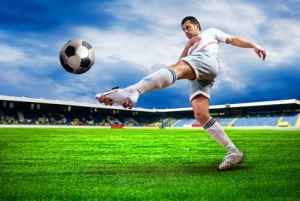 and and avid fan of the world cup, I deeply understand the pain of being pulled off of the field in an important match. There’s an obligation to your team, to your country in this instance and, most importantly, to yourself to give every single ounce of your energy to the match that you are playing. As all serious athletes know, the passion that you have for your sport and for your team fuels your entire life. You will do anything and everything to get ready for important matches, and that’s why we look up to the best athletes as superheros in our society. As a crucial part of the team, sitting out even from an injury leads players to feel that they are letting their teams down, but there is something else very important to consider – an athlete’s own personal well-being.

As a player you don’t want to come off the field unless you simply can’t play. As a “soccer dad”, a youth coach, and a health practitioner, I take a completely different view and feel that it is vital for a player to be taken out of play with an injury as jolting as the one Pereira sustained. This is already bringing up a huge discussion that is sure to influence the future of FIFA policies regrading blows to the head. The world of fútbol has yet to really embrace all the studies regarding the seriousness of head injuries, and clearly the decisions shouldn’t be left up to players who have just sustained blows to the head. Obviously, a person’s thinking may be a little skewed after that.

As someone who has provided NeurOptimal to several athletes that have sustained serious brain injuries, I can assure you that they will tell you it isn’t worth it. The “second blow” syndrome is very serious and the consequences can be terrible and long term.

We have to keep our heads in the game and defer to the experts on site when our heads get knocked out of the game. I’m certain that after this FIFA will re-examine its policies related to head injuries and update its protocols, which will be a particularly important message to all the kids watching the game.